The Barilla Center for Food and Nutrition (BCFN Foundation –  www.barillacfn.com), founded by pasta giant Barilla, developed this double food and environmental pyramid model, emerged from research and evolution of the food pyramid, which forms the basis of the Mediterranean diet.
The double food and environmental pyramid highlight the extremely close links between two aspects of every food: its nutritional value and the environmental impact it has through the stages of its production and consumption. Foods with a lower environmental impact are also recommended by nutritionists for their health benefits, while foods with a high environmental impact should be consumed with moderation because of the effects they can have on our health. Both pyramids showcase, understandably,  the staple of the Mediterranean Diet, olive oil, not argan oil,

Extra Virgin Culinary Argan Oil has better health properties compared with Extra Virgin Olive Oil it has more unsaturated fatty acids (triglycerides), and Vitamin E to name a few components.  Also, from an environmental point of view, it ranks higher than Olive oil on sustainability and sourcing -but the production volume of Argan oil is nowhere near Olive oil’s capacity. 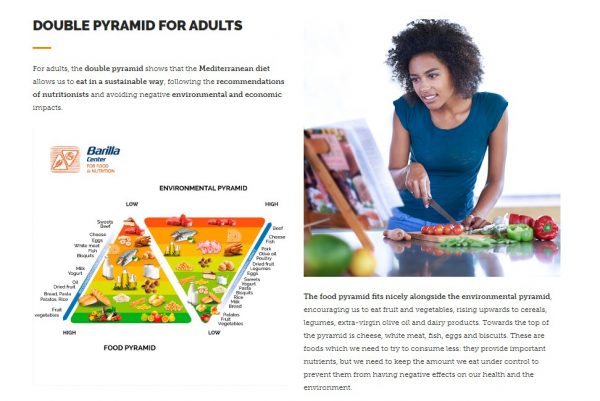 Are Argan trees found in the inland of Morocco better suited to be used for regeneration in dryland areas?

Does it matter to know how freely water vapor can pass through the leaves – stomatal conductance-? Dr. A. Chakhchar, Cadi Ayyad University, Marrakech, Morocco and 8 other scientists published a study on drought-tolerant Argan Read more…