What are Noncommunicable – or chronic – diseases?  These are diseases of long duration and generally slow progression. The four main types of noncommunicable diseases are
– cardiovascular diseases (like heart attacks and stroke),
– cancer,
– chronic respiratory diseases (such as chronic obstructed pulmonary disease and asthma) and
– diabetes.

For 3 of these diseases are scientific studies available where Argan oil has a positive impact on the prevention or healing if the diseases. We frequently post abstracts in our blogs. A new initiative with a more scholarly approach is created by the Argan Info Center through its platform for the Argan community: www.arganinfocenter.ma.

And Communicable -or infectious – diseases are caused by microorganisms such as bacteria, viruses, parasites and fungi that can be spread, directly or indirectly, from one person to another. Some are transmitted through bites from insects while others are caused by ingesting contaminated food or water. 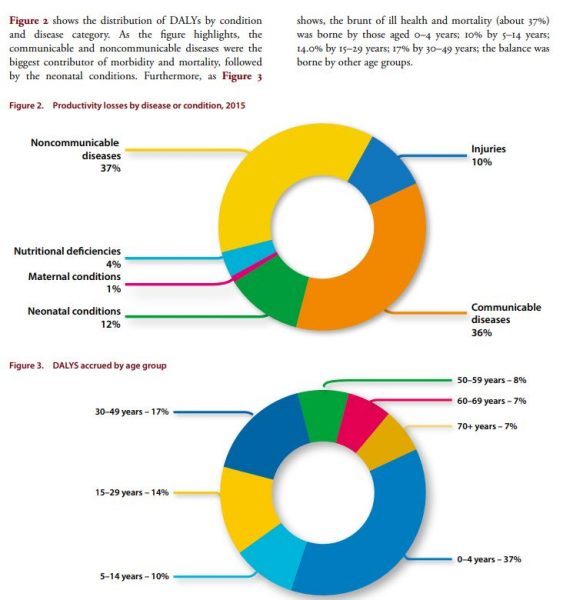 Read the executive summary: ‘WHO launches an investment case to achieve SDGs and universal health coverage in Africa’ 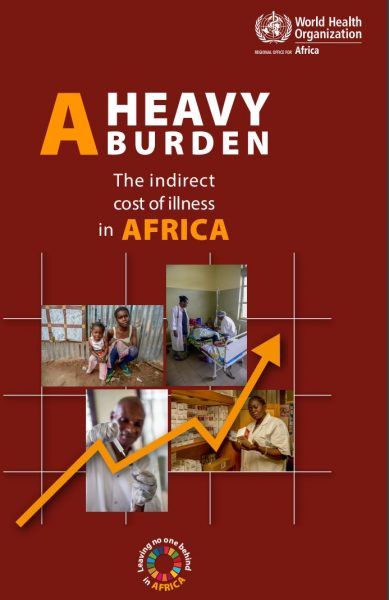 Praia, Cabo Verde, 27 March 2019 – The World Health Organization (WHO) estimates that nearly 630 million years of healthy life were lost in 2015 due to the diseases afflicting the population across its 47 Member States in Africa, now amounting to a loss of more than 2.4 trillion international dollars ($) from the region’s gross domestic product value annually.

Noncommunicable diseases have overtaken infectious diseases as the largest drain on productivity, accounting for 37 percent of the disease burden. Other culprits for lost healthy years are communicable and parasitic diseases; maternal, neonatal and nutrition-related conditions; and injuries.

Around 47%, or $ 796 billion, of this lost productivity value, could be avoided in 2030 if the Sustainable Development Goals related to these health conditions are achieved, WHO found.

“Four years into the implementation of countries’ efforts towards achieving UHC, current average expenditure on health in the Region falls short of this expectation,” the WHO Regional Director for Africa, Dr. Matshidiso Moeti, writes in the foreword to A Heavy Burden: The Productivity Cost of Illness in Africa, which was launched during the second WHO Africa Health Forum this week in Cabo Verde.

As a target of Sustainable Development Goal 3, universal health coverage would require countries in the WHO African Region to spend, on average, at least $ 271 per capita per year on health, or 7.5% of the region’s gross domestic product.

To achieve the health-related SDG targets, countries must invest adequately in the development of resilient national and local health systems to effectively, affordably and efficiently deliver the integrated packages of proven cost-effective interventions contained in relevant programmatic global strategies and plans to target populations in need.

The findings of the WHO study on disease burden suggest that health systems strengthening should focus on rich as well as poor countries and on all ages as well as on the specific disease categories.

Five countries (the Democratic Republic of the Congo, Ethiopia, Nigeria, South Africa and the United Republic of Tanzania) accounted for almost 50% of the total years lost in healthy life (or DALYs) accrued in the WHO African Region.

The unpredictability of public revenues combined with mounting debt pressure is limiting the potential fiscal space that can be made available for health. Private financing sources have filled the gap, but either with out-of-pocket expenses that result in financial hardship or insufficient voluntary private health insurance that is not effective in extending service coverage to those that need it.

As the report emphasizes, achieving the Sustainable Development Goals by 2030, including the target of universal health coverage, will require political will and a greater focus on government-led planning and financing for health. It will also necessitate greater outlays from public revenue, reforms to raise additional revenue and strategic purchasing mechanisms. And it will require that people usually left behind be put at the center of health financing reform.

“This report illustrates how achievement of the critical health SDG targets, including universal health coverage, would contribute to poverty eradication efforts on a large scale, reduce disparities in lifespan, tackle social exclusion and promote political stability and economic development in the WHO African Region,” explains Grace Kabaniha, Health Economist in the WHO Regional Office for Africa. “It also provides much-needed evidence that ministries of health can use in dialogue on resource allocation with ministries of finance. It adds to the body of evidence showing that health is a strategic investment for development.”

Are Argan trees found in the inland of Morocco better suited to be used for regeneration in dryland areas?

Does it matter to know how freely water vapor can pass through the leaves – stomatal conductance-? Dr. A. Chakhchar, Cadi Ayyad University, Marrakech, Morocco and 8 other scientists published a study on drought-tolerant Argan Read more…