The theme for Earth Day 2020 is climate action, and on the global holiday’s 50th anniversary, the country with one of the highest rates of climate change denial is slowly raising its awareness on the threat of climate change.

In a survey conducted by the Pew Research Center, the percentage of U.S. adults who say global climate change is a major threat has risen from 44 percent to 60 percent since 2009. Still, there’s a large chasm between Democrats and Republicans in the country and their increased awareness. While Democrat respondents went from 61 percent in 2009 to 88 percent in 2020, Republican respondents have only increased from 25 percent to 31 percent in that same time frame – a change that isn’t considered statistically significant.

Overall, while awareness is increasing in the U.S., the politicization of climate change has remained unchanged and perhaps has only gotten worse. President Donald Trump has criticized climate scientists and downplayed the risks of climate change in recent years, approaching the topic from a perspective where businesses and industries are hobbled by climate-friendly policy and regulations. Most Republican lawmakers continue to avoid the subject when not projecting similar sentiments.

Democrats have made climate change a top priority for the upcoming November election. Some past presidential candidates, like Washington Governor Jay Inslee, made it the foundation of their platform, and the presumptive nominee, former Vice President Joe Biden, has vowed to adopt many of the policy stances of climate activists. 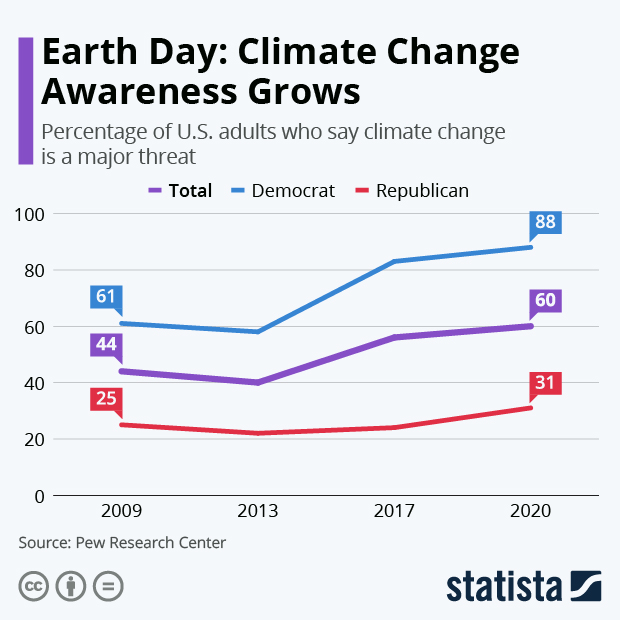 International Chefs Day created a virtual toolkit for workshops, with a special focus on children!